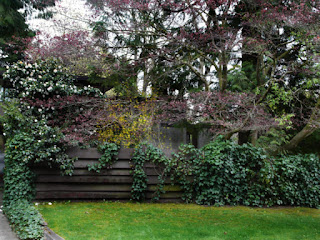 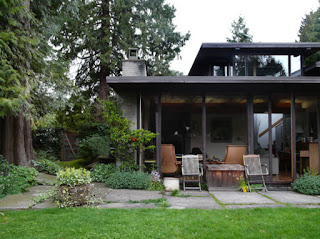 Designed by Ron Thom in 1952, the Work/Baker house is an early example of Thom's inventive spatial explorations and a study in post and beam clarity. 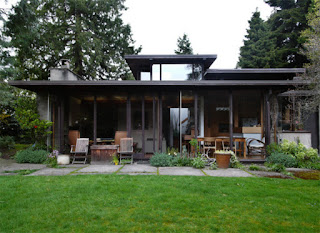 The structure is sited at the north edge of a level lot, allowing for a larger combined green space on the other three sides. The landscaping is now mature and creates an almost impossible privacy on a city lot. 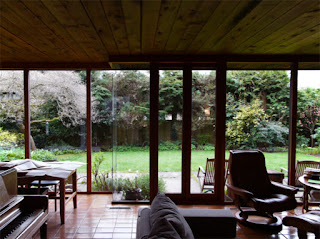 The original house was one and a half storeys and features a main living area defined by a grey brick hearth, cedar T + G ceilings and a staggered wall of glazing on the southern side that, moderated by overhangs, brings in light year-round.

There is a cadence to the spaces and materials that combine with details like butt-joint glass and recessed lighting to create an embracing and unified whole. 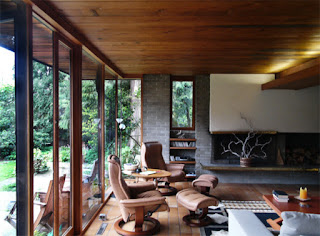 The current owners bought the house as originally built and decided to expand in the early 1980's. Thom, then practicing in the East, was asked to design the renovation. The result was an expansion on the main floor – adding a family room, entrance and storage – and the addition of a third level that includes a master bedroom suite. 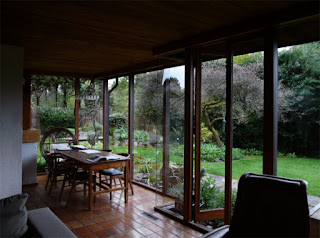 It is a fascinating case study in architectural integration to see Thom's hand on two different occasions in one building, separated by thirty years. The house is also a kind of bookend to his Vancouver residential work; the intervening years having seen many residences and much larger and more complex commissions such as Massey College, Trent University and the Shaw Theatre. 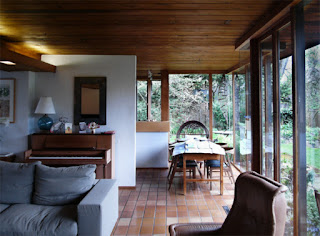 As expected, the renovation merges almost seamlessly, retaining the same graceful planar expression and arguably improves on the original. The master suite is perched atop the house in the trees and – unusual for Thom – is suffused with light. 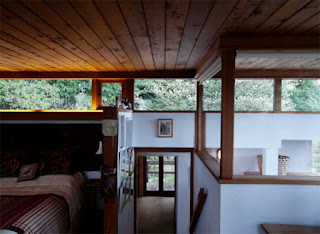 The Work/Baker house is now on the market and in need of a new owner to carry the torch. Given the vagaries of real estate in Vancouver, it's future is far from certain. But as an important part of the city's heritage it deserves a more secure fate than that. 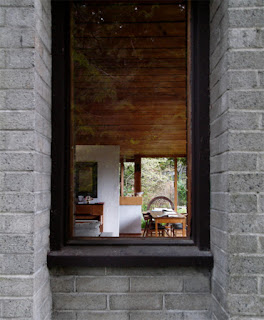